So this is my last post about the whole trip, if you can even call 10 months studying abroad in another country a trip, and about what it’s been like to go back to my normal life. This will be about the week before I left to return home, although it’s kind of weird to say that I have one home at this point. I was there for so long that it has become a second home to me. My host family and friends have pretty much become like a family to me, and I’m so thankful for everything that they’ve done for me. I am absolutely going to go back and visit everybody at some point in my life. I also think that my host-mom wants me to come visit next summer.

I said in my previous post that I was in Sapporo while I was writing it. I had an amazing time seeing more of the country I love as well as seeing some of my host-dad’s family for the last time. We planned on going to the University of Hokkaido to go to a museum. It was a pretty cool museum with many different kinds of exhibits, and all of them were about the school and its departments. They were very interesting to look at. While we were at the school, the school’s cultural festival was going on. We didn’t stay for it, but there were several different food stands of students from different countries and they were making food from their own countries to sell. I saw people from India, Indonesia, Pakistan, and many more. I wish we could have seen more, but we were all too hungry to see the rest of it. We went to a Western restaurant for lunch. I had a sandwich and garlic bread. I hadn’t had garlic bread in awhile so it tasted like one of the best garlic breads that I’ve ever had. After lunch my host family let me just walk around the city for maybe an hour. It was really cool and I even found some garden-type walkways that I would love to visit again sometime. I met back up with my host family and then we went to a town called Otaru, which is a town about 45 minutes to an hour away from Sapporo. Otaru is very famous for its canals and aquarium. In the canals you can do a sort of gondola ride, but we were unable to ride them for whatever reason. We then went over to the cabin place that we stayed at. We hung out for a bit and then I went fishing in the river with my host dad, host sister and my host dad’s mother. We didn’t really catch anything and there was a lot of bugs so my host-grandma and I returned to the cabin. The area that we were at had many cabins around it and a little area to camp in. The cabin had 2 stories and then a loft and a balcony on the second floor. We had a BBQ that night and I made mac n’ cheese for everybody and they all loved it! Although I didn’t have all the ingredients, I still did the best that I could do. Then we just had an evening of eating and talking. It will always be one of my most cherished memories of being in Japan. I am truly thankful for everything that my host family has done for me.

The last week of being in Japan was pretty emotional. I had my last 2 days of school and my last kendo practice. We ended practice a little early and they gave me a present. It was one of the towels that you put underneath a kendo helmet, but it has all of my classmates and teachers names on it. I also had lunch in the school’s cafeteria with some of my friends. I had never eaten there before, and I tried a pork cutlet curry and rice, and it was pretty good. I also took a bunch of pictures and hung out with everybody one last time. I had so much fun. The next day was my last day of school. I said goodbye to all of my friends and packed everything up from my class. I also took pictures with everybody. Even though it was the last day to see my friends, it still was pretty fun. My host mom even made me a Star Wars themed lunch box because it was my last day. I really miss all of my friends from school, and hope that I get the chance to meet them again.

On June 6th, I hung out with my friend Taisei one more time while we are in Japan. We wanted to go to the festival, but Taisei’s schedule didn’t really align with it. We went for about 40 minutes and I wish that I could have stayed longer, but I’m sure I’ll have more opportunities to go. We mostly ate ramen throughout the day, but it was still a fun day and I potentially gained weight from that day.

The next day I was able to spend the whole day with the Junior high students from Bloomington. We first went to the Foreign tree forest that’s in Asahikawa. The whole day kind of felt like I was reliving my Junior high trip, but from a different perspective. I just felt how much I’ve grown as a person and with my language abilities. I was also really happy to see Darren Sampson and Toyoka Nishihara again. We also went to the Flower Festival and made little flower arrangement frames. I had made one before when I was on my junior high trip so I had a little bit of experience. We then went over to the museum that is next door to and ate lunch there. This museum is more than just a museum. It also has a concert hall, amphitheater, and a small restaurant. The food was really good too. Then we went to the museum part of the building. The museum is about the Ainu people, which are the indigenous people of Hokkaido, kind of like the Native Americans. It’s a really interesting museum, of which I’ve been to about 3 times now. From the museum we took the bus to downtown and met up with the Assistant Mayor of Asahikawa. We met with the Assistant Mayor because the Mayor was busy that day. It was a pretty fun day and it was nice to meet some of the junior high school students, who I’m sure will apply for the high school program.

I spent Friday morning cleaning my room and packing all of my stuff into suitcases. Packing was quite a lot of work to do. I remember packing when I was back in America, but it felt longer when I was in Japan. In the afternoon I went out to eat with my British friend, some other friends and the junior high student from Bloomington that one of the girls hosted. We went to this restaurant that I wish I knew about a lot sooner because it was so good. We ordered steak and pizza. Both were equally as good. It was a really great memory. I realize that I say that quite a lot, but it really is true. Through this trip I have made so many good memories that I will hold onto forever. I love Asahikawa and I will recommend to everybody that they go there at least once. Whether it’s through one of the Sister Cities programs or not.

On Saturday, I packed all morning. both of my suitcases were too heavy and we had to go out and buy a new carry-on sized suitcase. I am also very thankful that my host mom and dad both helped me with packing everything together. Without them I don’t think I would have been able to pack everything in the suitcases. After lunch, my host mom and dad also took me out to lunch as a part of my last day. I really enjoyed spending time with them. I then went and hung out with some friends after lunch and had a blast. We did those picture booths that are super popular in Japan and then they got me Starbucks that had a custom message for me that said “Thank you Mitchell, we love you!” Saying goodbye to these friends made me realize that I probably won’t be seeing most of my friends again. I try to keep in contact with them, but the time difference makes it difficult. For dinner, I had a little party with my host family. We asked each other which memories were our favorites and then I told all of my host siblings that they should come to America. They gave me presents, including packages of my favorite ramen! My host family means so much to me and I can’t thank them enough, and I am very glad that they were able to be my host family all throughout my stay in Japan.

The next day I woke up pretty early because I was going to take the train with one of the Asahikawa Sister Cities committee members to the airport which is about an hour and a half away from Asahikawa. I ate lunch with Mrs. Takasugi and my host family and then we walked over to my gate. It was incredibly sad to say goodbye to them, but since we’re so close I know I’ll see them again. The flight was actually better than I thought it would be. I either watched movies on the plane or I slept, and soon enough I landed in Chicago. My parents, girlfriend, and 6-year-old nephew all came to welcome me home. I thought I was going to be more tired than I was, but I slept pretty well on the plane so I was pretty awake. I arrived back in Normal around 6:30 pm, and had some of my friends come over. I was really happy to see everybody, but I still miss Japan a lot.

Adjusting back to my American life was pretty easy. I wasn’t super busy so I mostly rested. I’ve kept in contact with my host family and friends since I’ve been back. I’ve even called my host family twice and my Japanese still seems as good as it was when I left. I haven’t started studying again, but I will start soon. Also, recently my host-mom told me that they will be coming to America in January! I’m really excited to see them again, and we’re already planning on what we will be doing.

My Japanese experience is the greatest experience that I have. Every moment is a memory that I will hold onto for the rest of my life. I can’t thank the Sister Cities Committee, my host family, and my family for making this trip so amazing. I absolutely suggest to all students that you should study abroad somewhere in the world. Thank you all for joining me on this amazing journey. I hope you all enjoyed it! 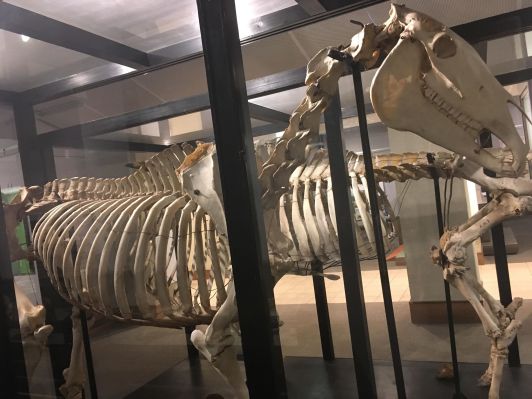 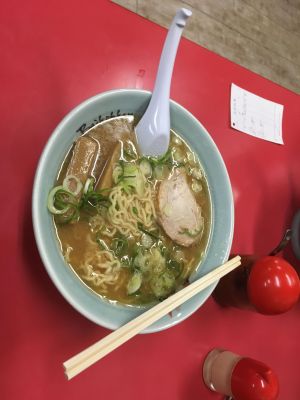 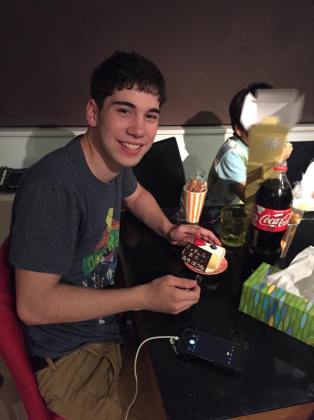 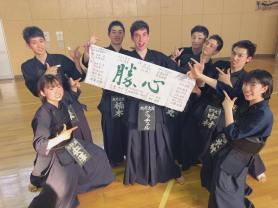 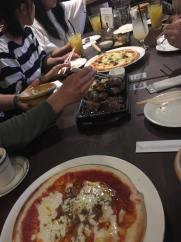 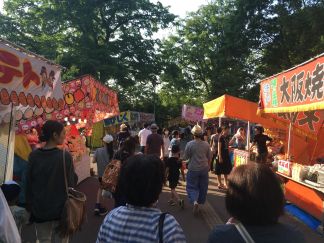 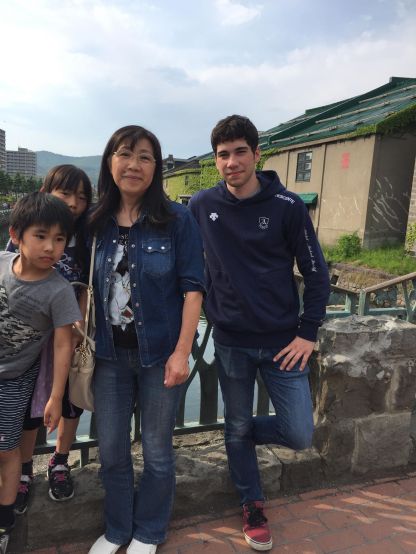 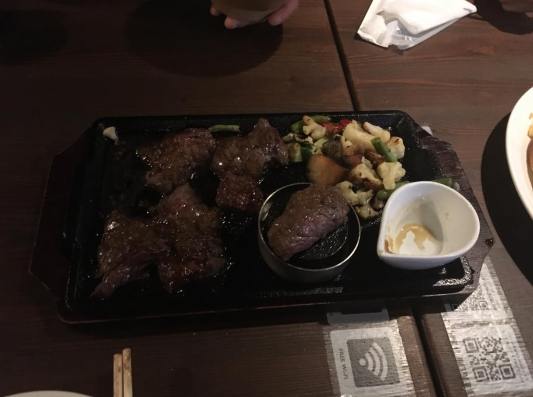 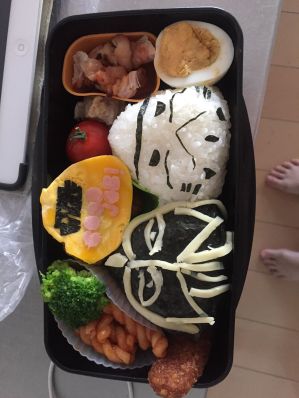 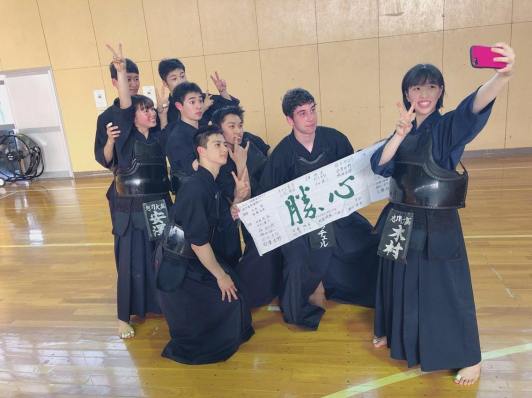 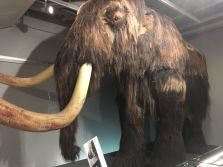 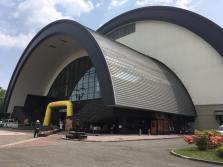 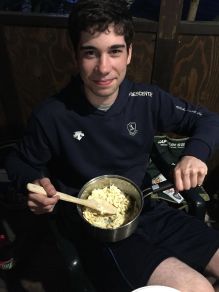 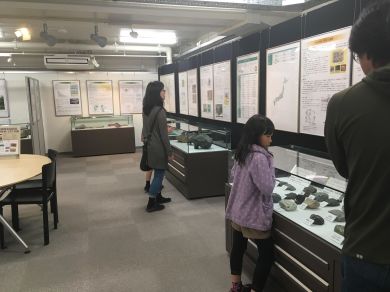 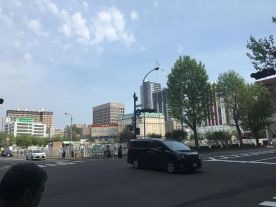 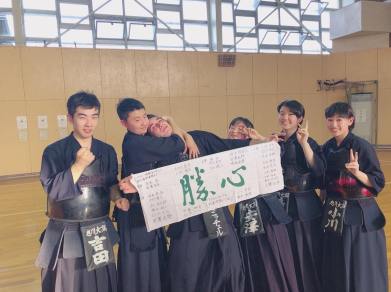 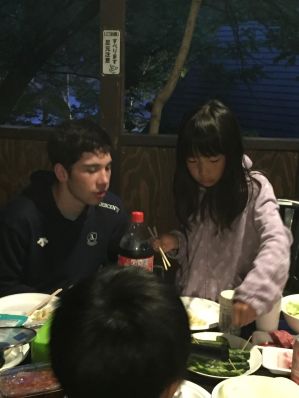 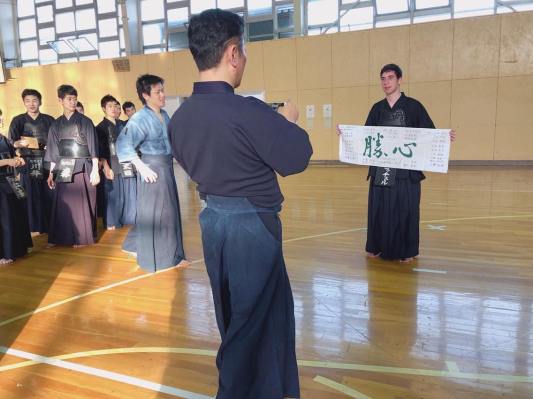 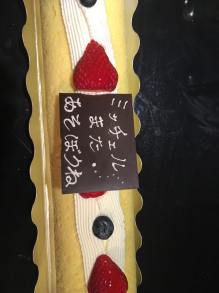